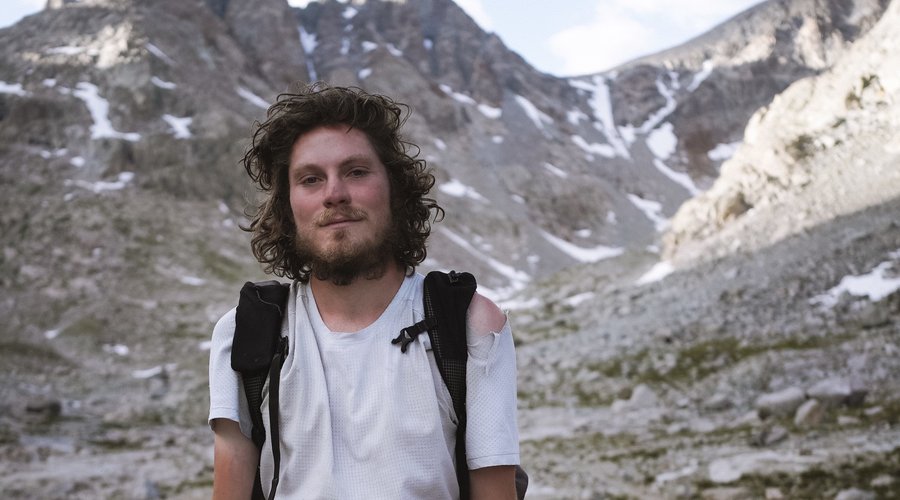 I’m laying in an Epsom Salt bath at the Econo Lodge in Rawlins, WY. It’s been about 45 minutes, so my head is feeling loopy. I need to write, but there’s no better time then now, so.. hello everybody.

I’ve covered a lot of ground since I last wrote, so let’s rewind back to the Dubois, WY - the foothills of the Wind River Range. At that point in time, I had no idea what I was getting myself into.

With my first site of the light gray granite peaks along Green River, I was in love. I felt at home. These mountains provided nothing short of pure beauty. If it was possible for eyeballs to be sore from incredible views, this is where it would happen. Sore legs however, are inevitable. I scrambled over Knapsack Col, and descended into Titcomb Basin. This might have been my best camp site on the trail yet.

Cargo - Setting up Camp in the Wind River Range, Wyoming.

Even after 1400 miles, that Nemo tent is looking GOOD! Nemo Hornet Ultralight Tent

Pinedale was a breath of fresh air. They had real coffee. And I mean REAL coffee. About 2 days and 4 Americanos later, I hit the trail again. Thanks a latte, Pinedale.

Wow I’m so funny, what an original joke.

The Cirque Of The Towers provided with more sore legs and eyeballs. I was trying to get to Lander in time to hang out with Cody and Beans, so I pushed myself. I made it through the Cirque in 9 hours, including a 45 minute ramen noodle/potato soup lunch break.

Sidenote: Most hikers make a 4 day backpacking trip out of this section. 9 hours over multiple mountain passes is unbelievable.

The next day I made it to Lander. It was super good to see Cody! He drove up from Ogden to hang out and deliver some goodies I need for the trail. My in town-calories of choice was the Lander Bar margarita pizza. Seriously, so good! The NOLS headquarters was humbling to stand in as well. What an amazing organization that introduces so many people into the outdoors.

Next up, the infamous Wyoming Great Basin. F**#.

Cody dropped me off in the middle of nowhere along side the highway. The Winds were in the distance to the north, but I’m not going that way. I looked south and saw nothing but dry sagebrush. I had no idea what I was getting myself into. I said goodbye, and wandered down the dirt road that was the “trail”. I was a dog with his tail between his legs. I had heard stories of this section and how hard it was going to be. Not hard in a sense of altitude gain/loss, but that there is no shade and barely any water.

It proved to be exactly that..

I spent the next 125 miles walking on a flat dirt track. Only 6 of the 125 miles had trees to sit under. No shade. It was brutal. Looking back now, I can’t believe I willingly put myself into that environment, but it’s part of the hike.. so I have to do it.

I usually started my day just before sunrise. As the sun just crests over the horizon, I love to look directly at its beaming light. I would walk till sunset and do the same as it disappears over the sagebrush nothingness. There’s something that warms in my soul when I’m awake for a full sunlight cycle.. and I’m sure it does for you too. Human nature, I believe.

The water was disgusting. No seriously... down right DISGUSTING. One source that I planned on filling up from, made me gag upon arrival. I chose that walking an an extra 16 miles without water was safer than drinking that water, which made for a 40 mile day, my longest day ever. And the day that before I had done 37, so yeah.. I was destroyed.

I am alone, but there are others around me. Good friends, some of which I know from the PCT in 2017. I’m still hiking alone and I love it, but every now and then, the loneliness kicks in. Ugh, I don’t think I’ll ever figure this out. Hike with people? Hike alone? Make imaginary friends??? Until then, I keep going.

Colorado is on the horizon, and the half way point is only 1 week away. Wow, time is flying by. I can’t believe it. This trail is the most challenging thing I’ve ever attempted, but I’m not stopping till I see that Mexico border crossing.