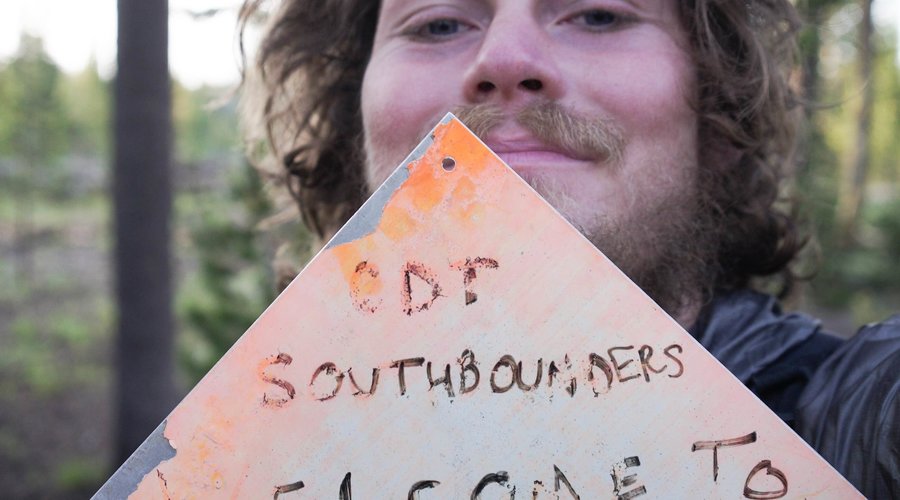 I’m in Wyyyyohmin! I reckon my akkcent has done changed a wee bit err since I first stepped foot into this new state! Git r dun! I reckon I might buy some land, raise some horses, and slip some wrangler jeans onto my butt if I dun stay here too long!

Anyways, I’m in Wyoming. Dubois, WY to be exact. I texted Chase Moffett and he said “you’re hangin with da boiz?”... I got a kick out of that. A cowboy-boot kick. They have real espresso here, so I’m indulging and soaking up the WiFi.

The last time I updated the public from the CDT was in Leadore, ID. That was two weeks ago, and A LOT has happened since then. Drum roll.. 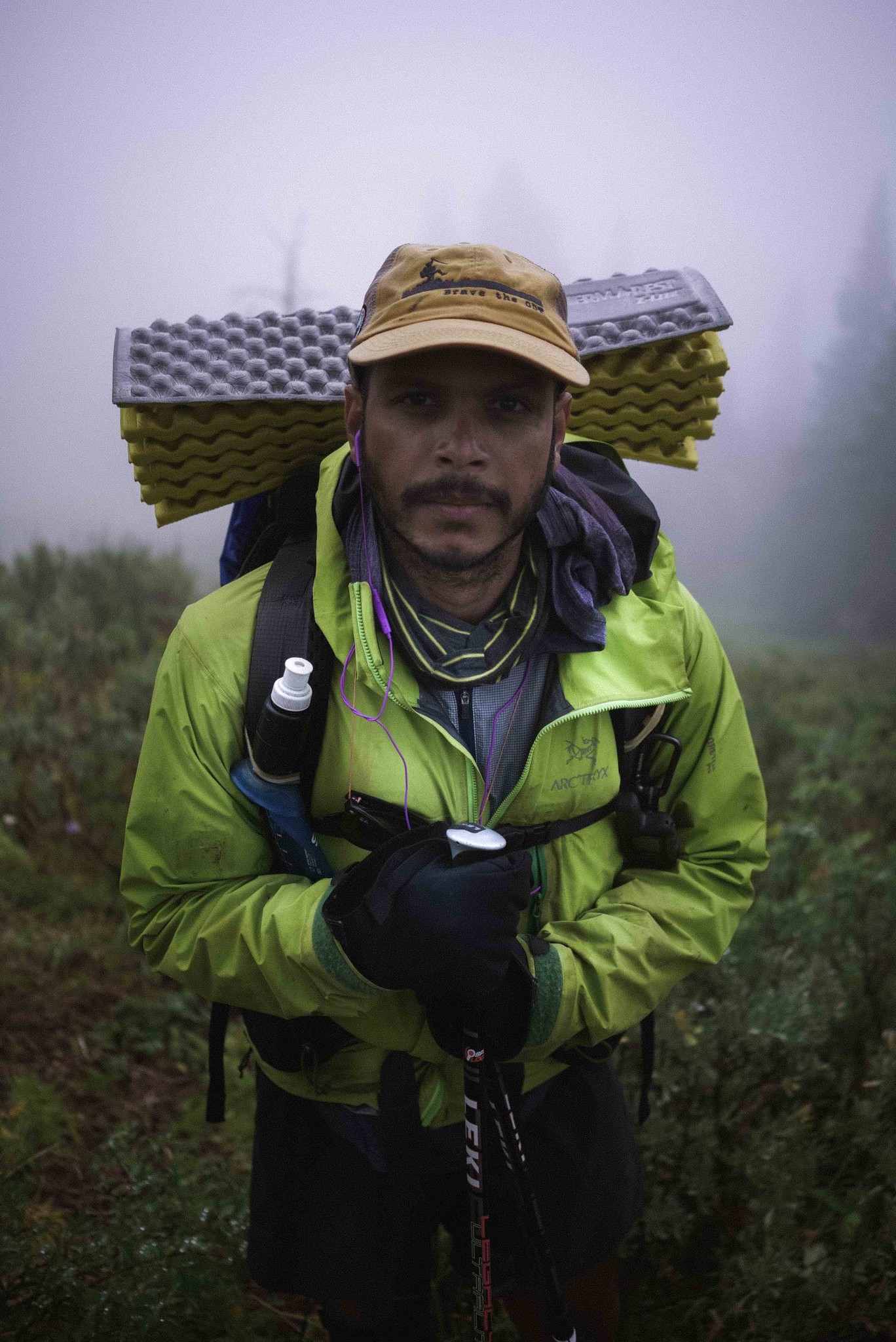 Swami-Bittergoat has a hell of a trail name 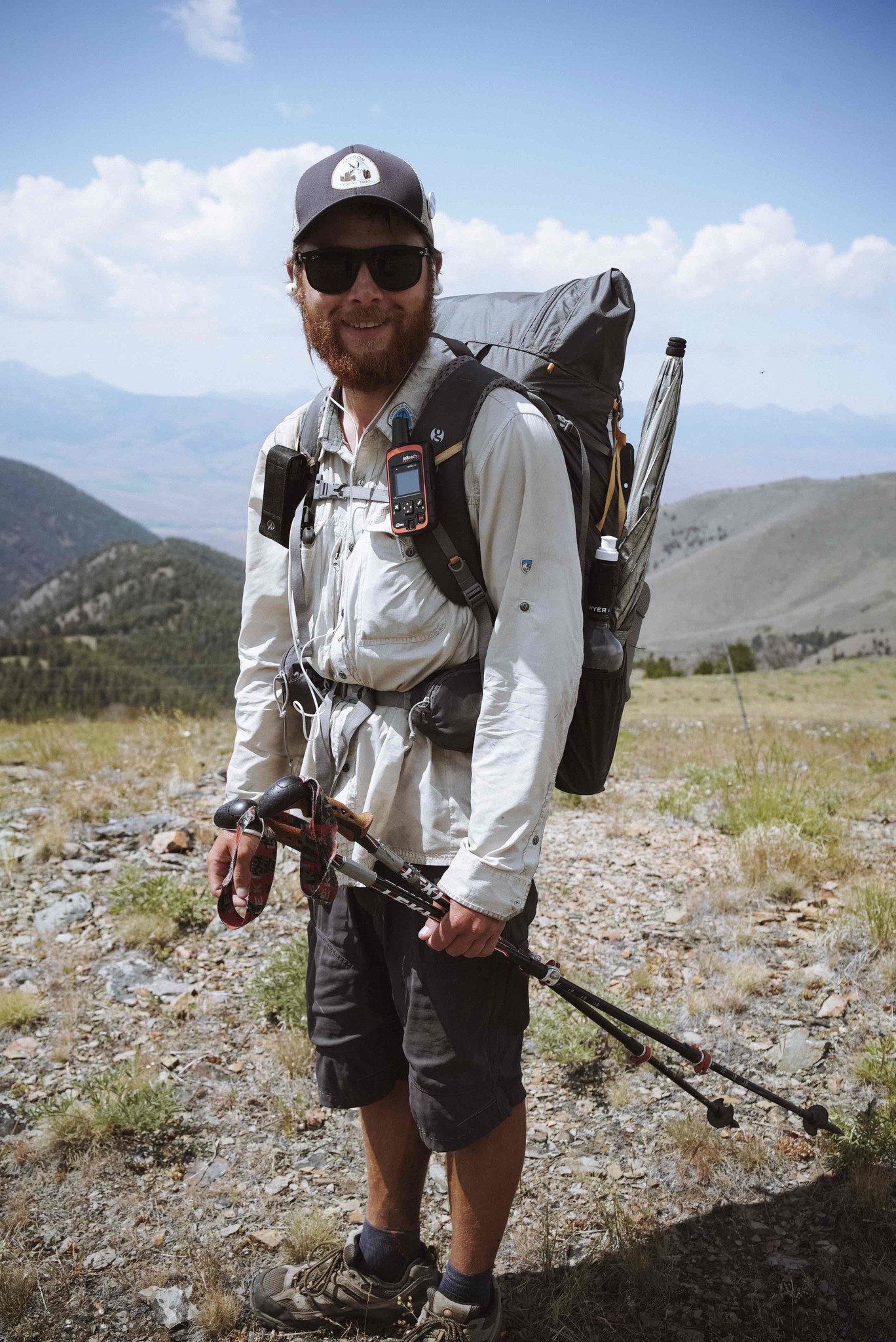 The next 150 miles I hiked with two others who quickly became great friends. Swami-Bittergoat and Cargo. Both of their portraits are seen above. We propelled ourselves up and down the rollercoaster ridge line of the CDT going towards Lima, MT, sweating so much that I looked like jumped in a pool or I was having a nervous breakdown with anxiety-triggered sweat glads. We walked underneath I-15, jumped a fence, and attempted hitching into town.

Nobody picks up 3 hitchhikers at night going 85mph on the interstate. I thought about how close, yet so far, I was to home. 3 1/2 hour drive to Ogden and I could be tucked away in my tiny house, with the wood stove aroma filling my nostrils and my oil paint sticks on the table. It’s okay, I’ve got a job to do. Keep walking. 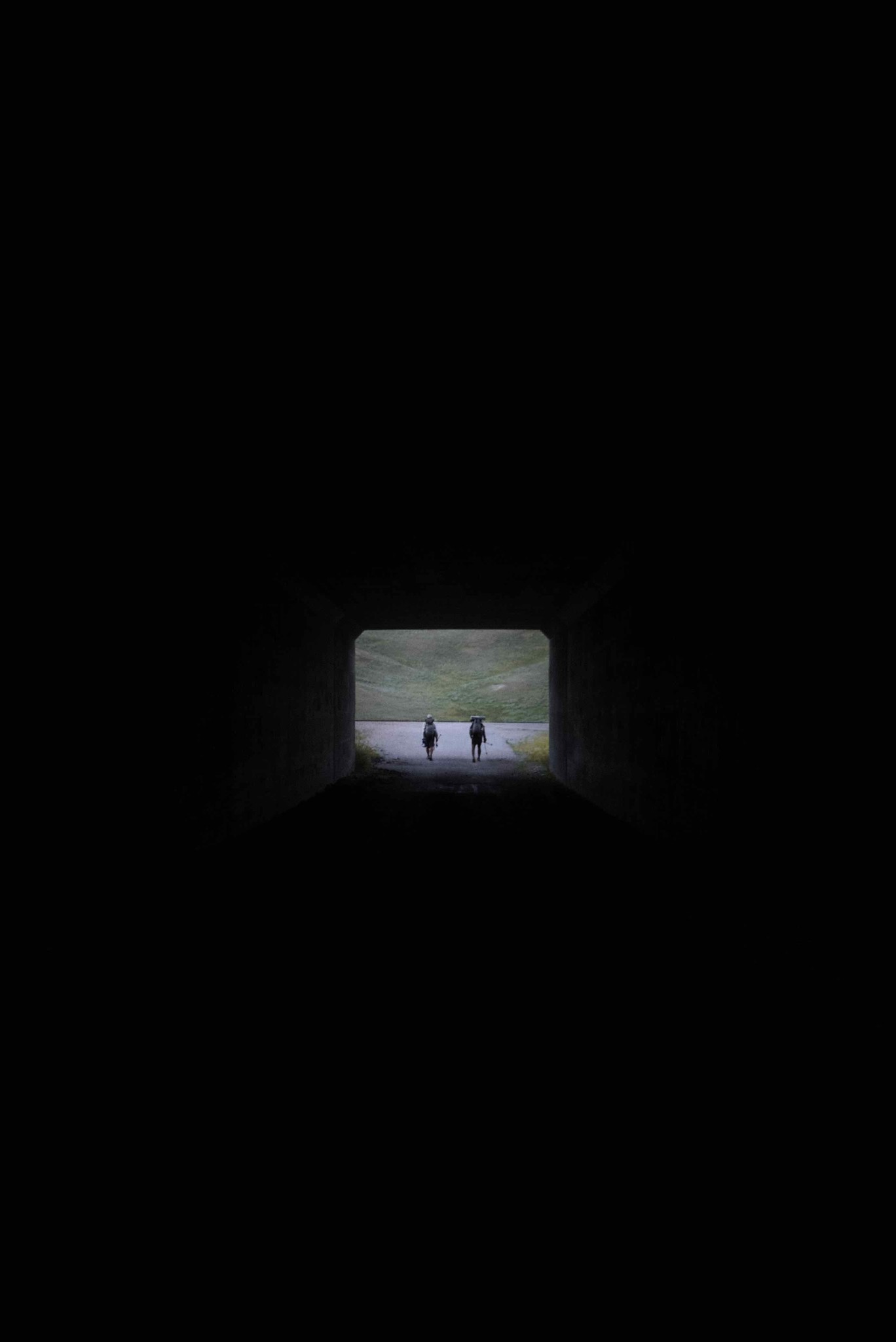 After rest in the “town” that was Lima, I continued. I could see the Tetons in the distance. I felt.. home. I set my tent up on an exposed saddle just before Island Park, ID and drifted to sleep. I awoke to the sound of thunder. No.. not the AC/DC song. Real thunder, and it was very close. I could see lightning in the distance striking seriously every 5 seconds. It was the strongest lightning storm I had seen all trail, and I’ll confidently say that I was terrified. A lightning storm with that strength and I’m a sitting duck on an exposed saddle. I could feel the electricity in the air. Ugh.. CDT struggles. I debated on packing my stuff and gunning it to some shelter in the next patch of trees down trail, but I stayed put. Thank god it didn’t touch me, but believe me.. it was close.

Island Park was a breath of fresh air. Greg Bean, another GEAR:30 employee invited me to stay in his cabin. His wife cooked spaghetti, which I downed 3 plates worth with no problem. Man, that was GOOD.

Later that day I entered the Yellowstone boundary after 27 miles. Cargo and I camped at a lake with plans to hit the old faithful breakfast buffet in the morning, so I woke up at 5:45am and walked through the frosted meadows till the sun came up. Hashbrowns and coffee on my mind. I smelled sulfur. The hot pots? Or my farts? Not much of a difference. 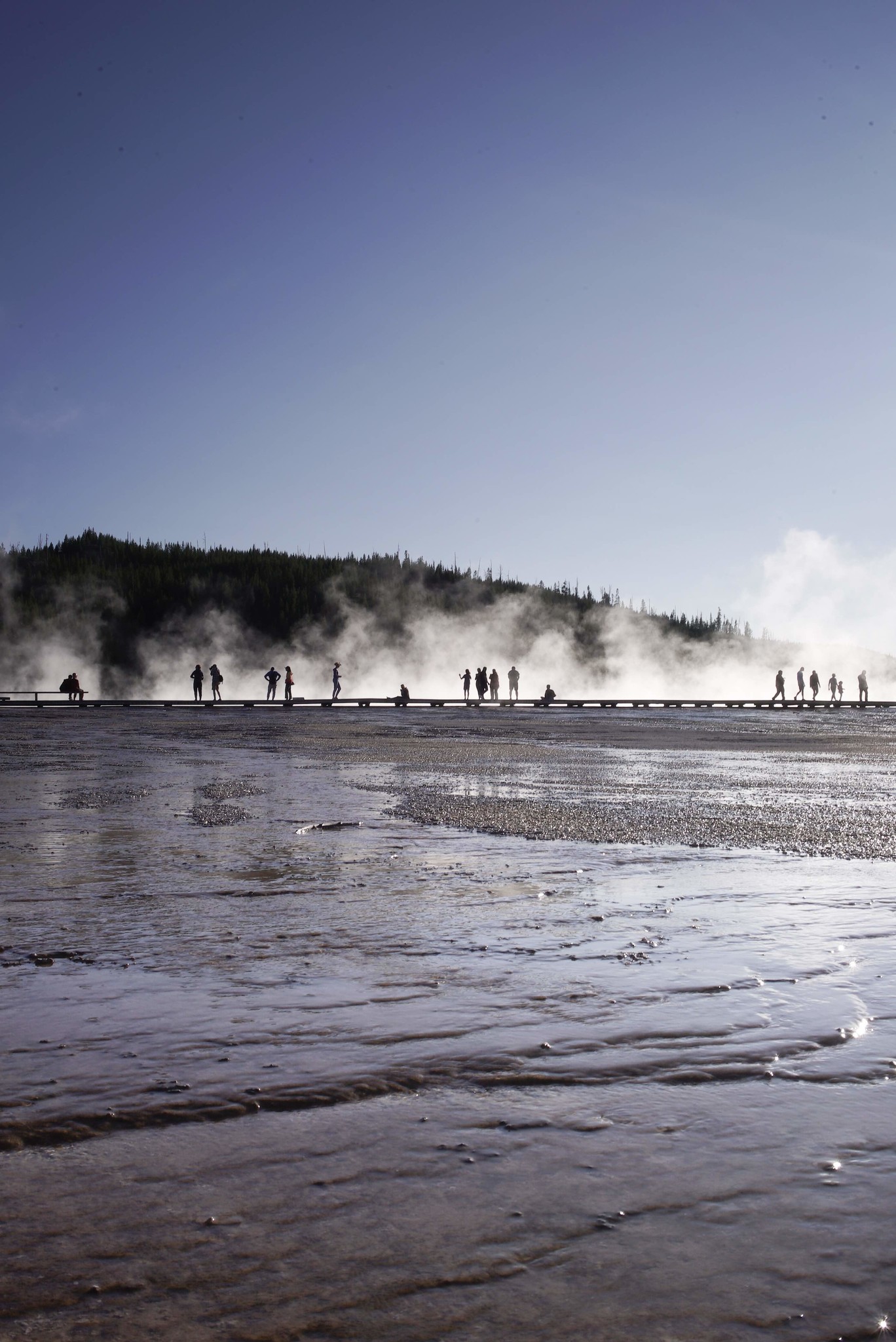 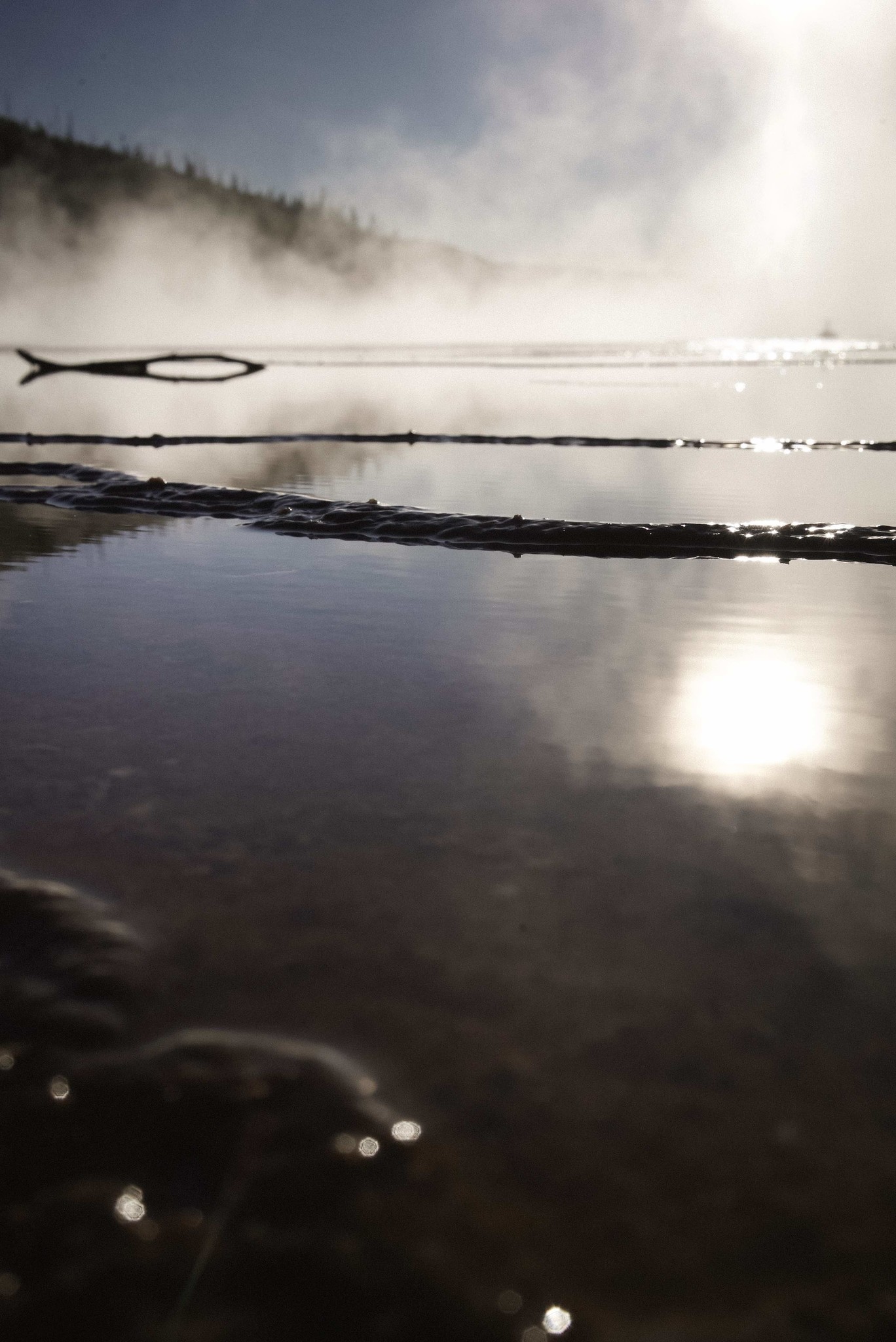 More GEAR:30 staff drove up to hang out for the day. Brandon, Chase, and Greg met me at Old faithful and presented me with... you guessed it, a cooler full of San Pellegrinos! We drove the park and played tourist for the day. Nice to be off the feet.

Crack* fizz* “ahhh” “this flavor is good” “have you ever tried prickly pear?” “I wonder if we will see a bear” “grand prismatic spring is stupid” “it smells like a locker room in here”

They gave me a care package of goodies, we said our goodbyes, and I hit the trail with big miles on my mind, considering the elevation profile looked like a pancake. 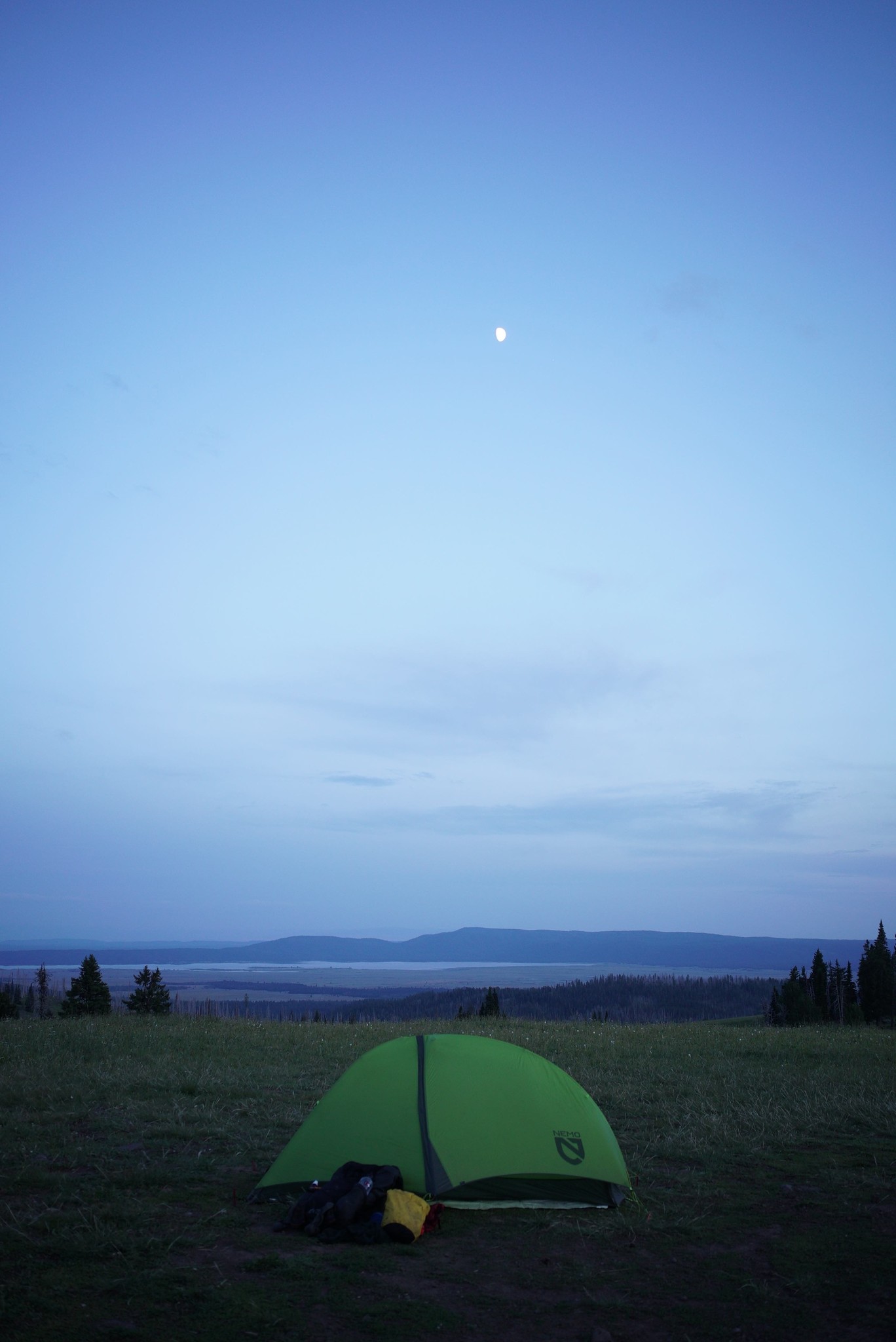 I left old faith at 5pm, hiked 12 miles, next day 33, day after that 32 miles (rain storm included), and yesterday into Dubois, 28 miles. I’m feeling stronger as the trail goes on and I’m very excited for the Wind Rivers. I’m not sure how to explain how I feel, but I think I’m happy and humbled. This trail is a big undertaking. The good news is that everyday it gets easier.

Based on repetitive habits and feelings, I’ve made a decision.

I am a solo hiker.

Other solo hikers would understand. I love making new friends, meeting new people, deep trail conversations, experiencing struggles together, talking about how much the food sucks at night in camp, etc.. but it doesn’t matter how close I get with someone.

I get to a point where I get frustrated, and I need to break away and have alone time. Recharge. Think. Zone out. Walk into nothingness. Chase after something..? Who knows. I’m still figuring this out. Until then.. I walk. 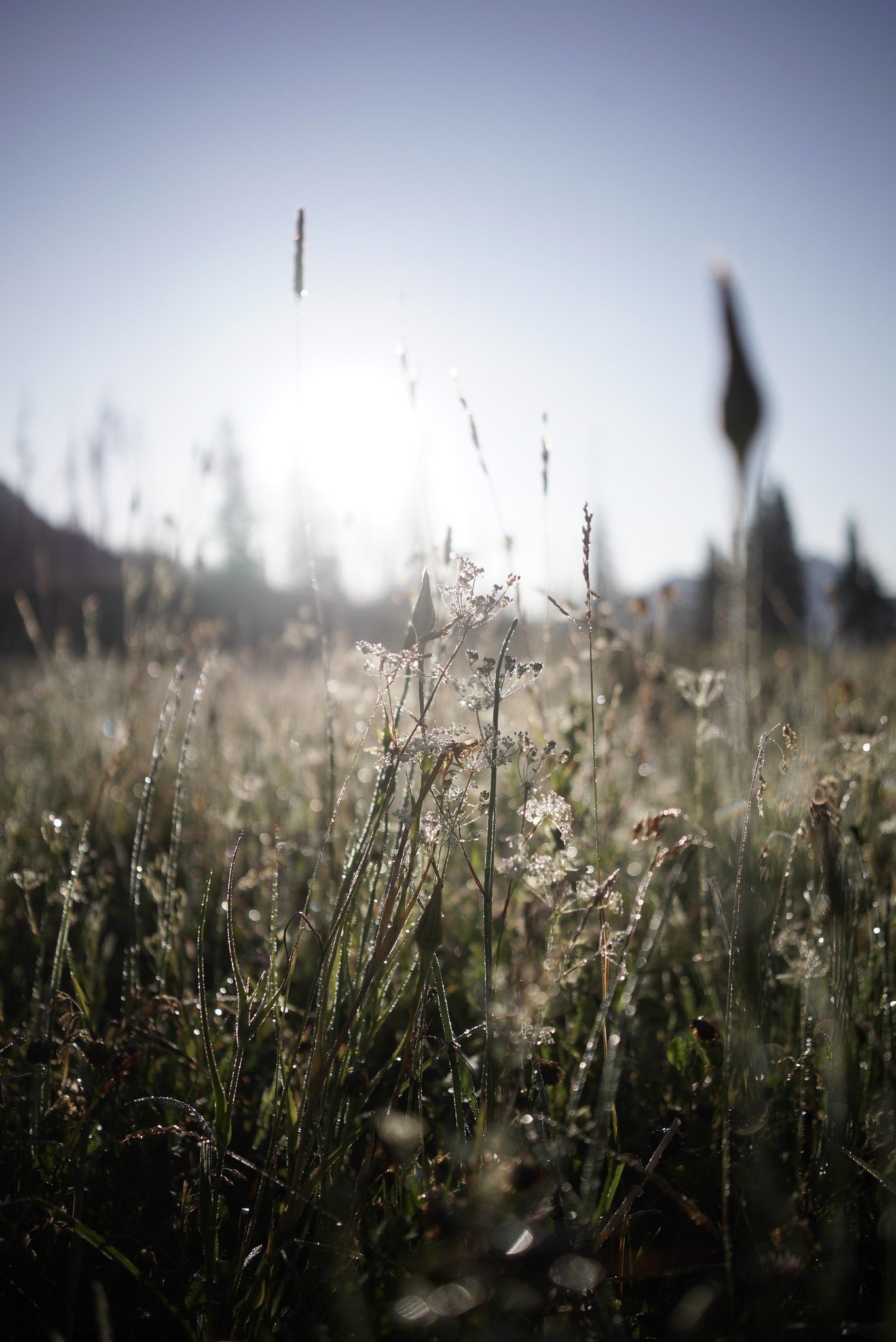 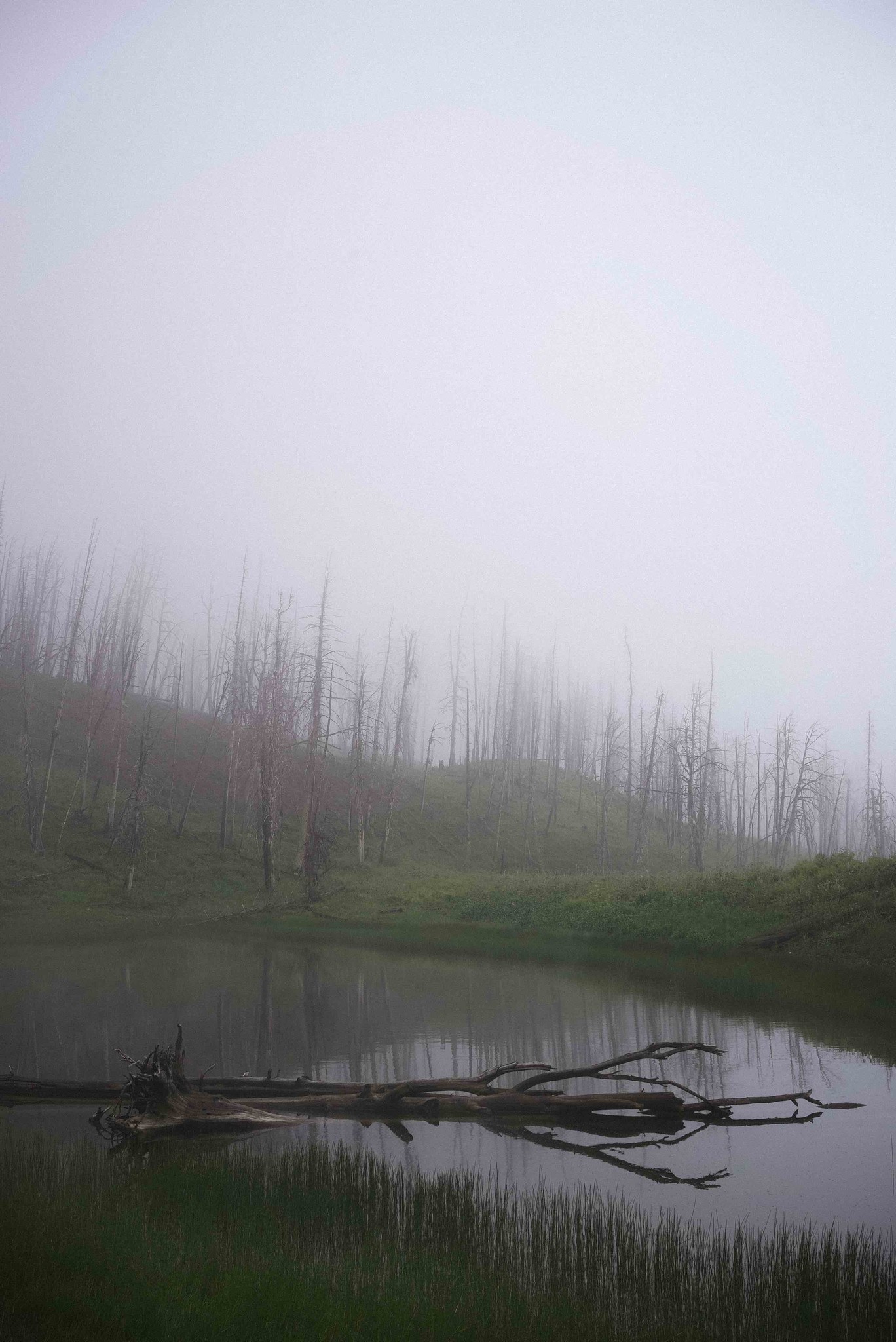 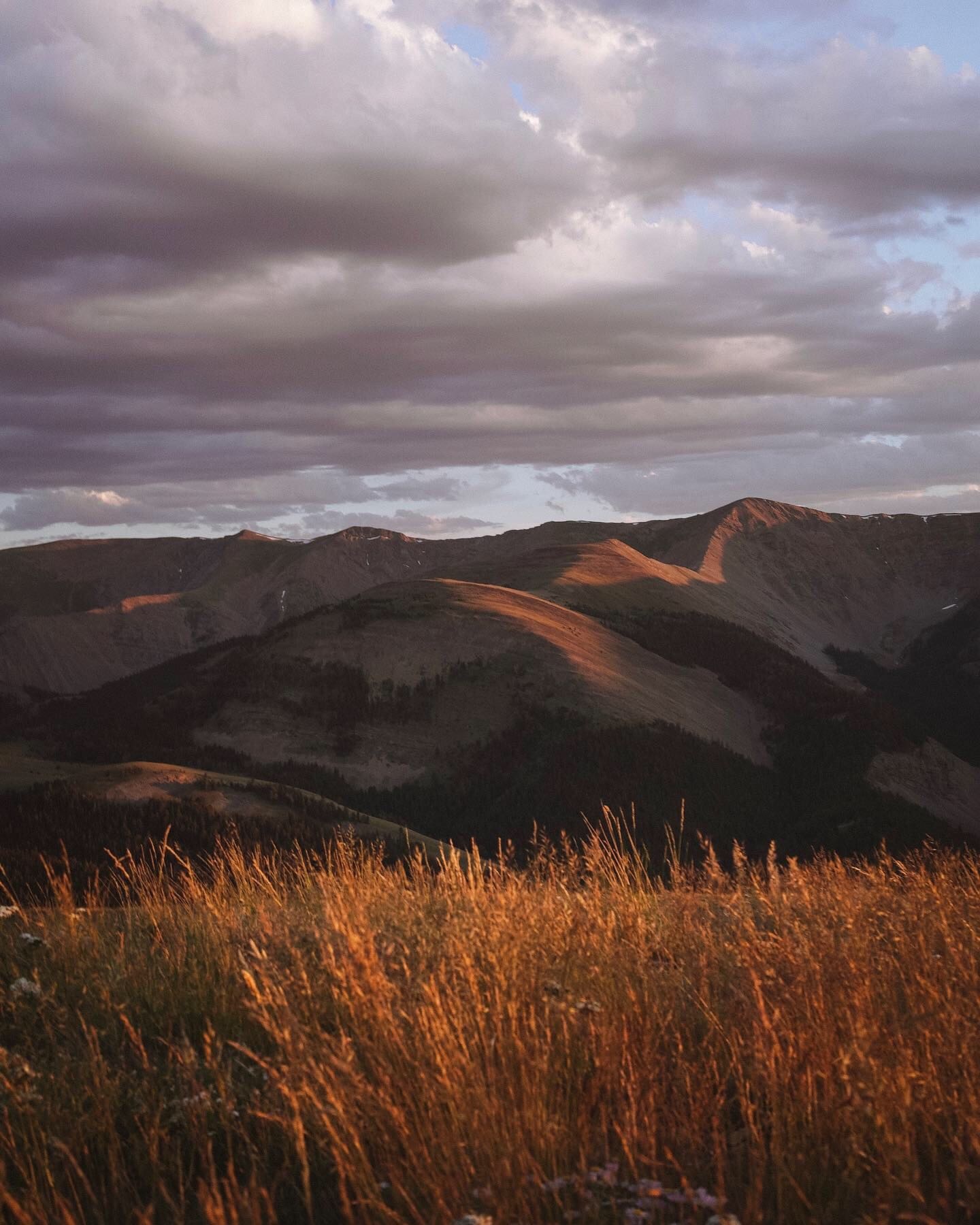 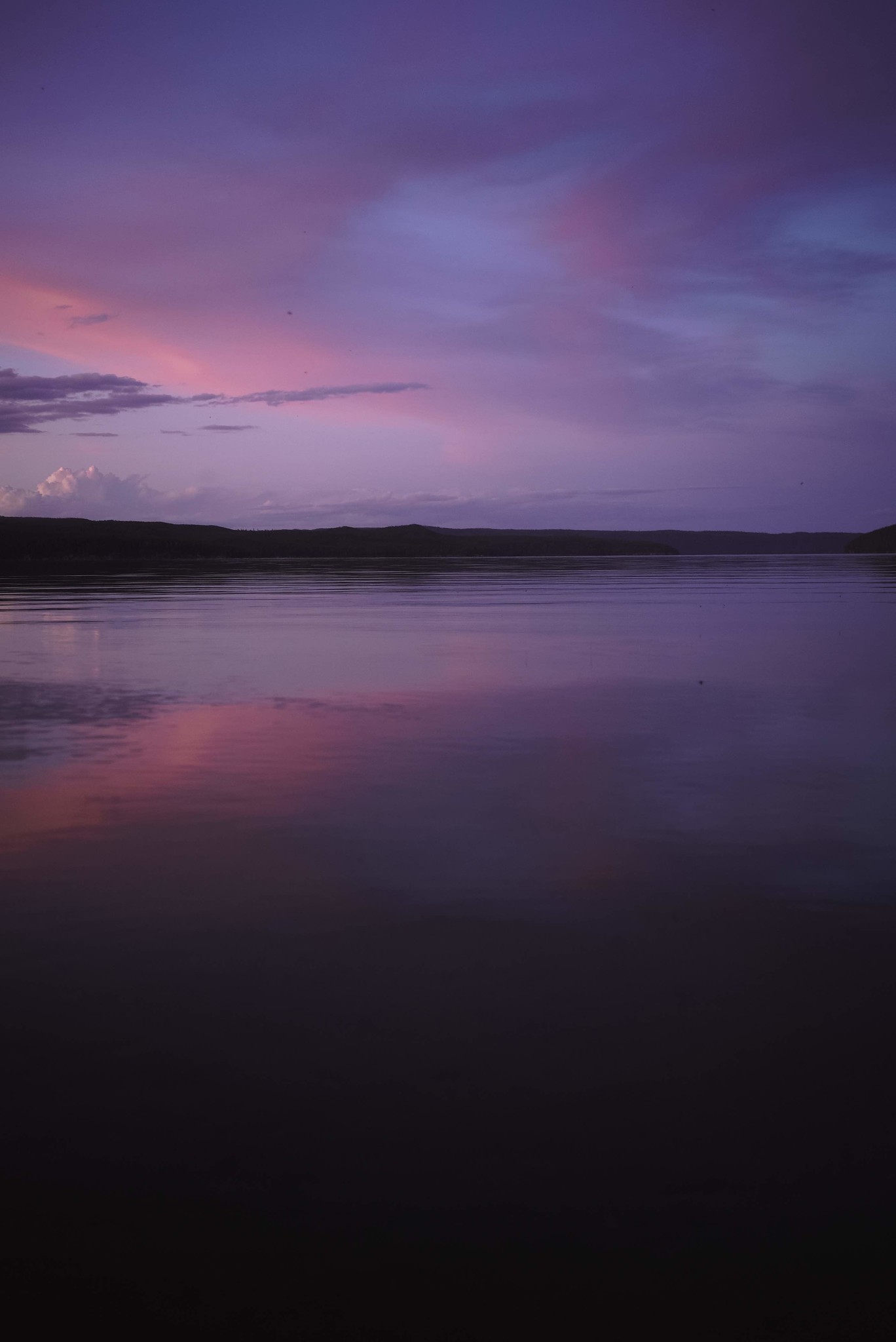 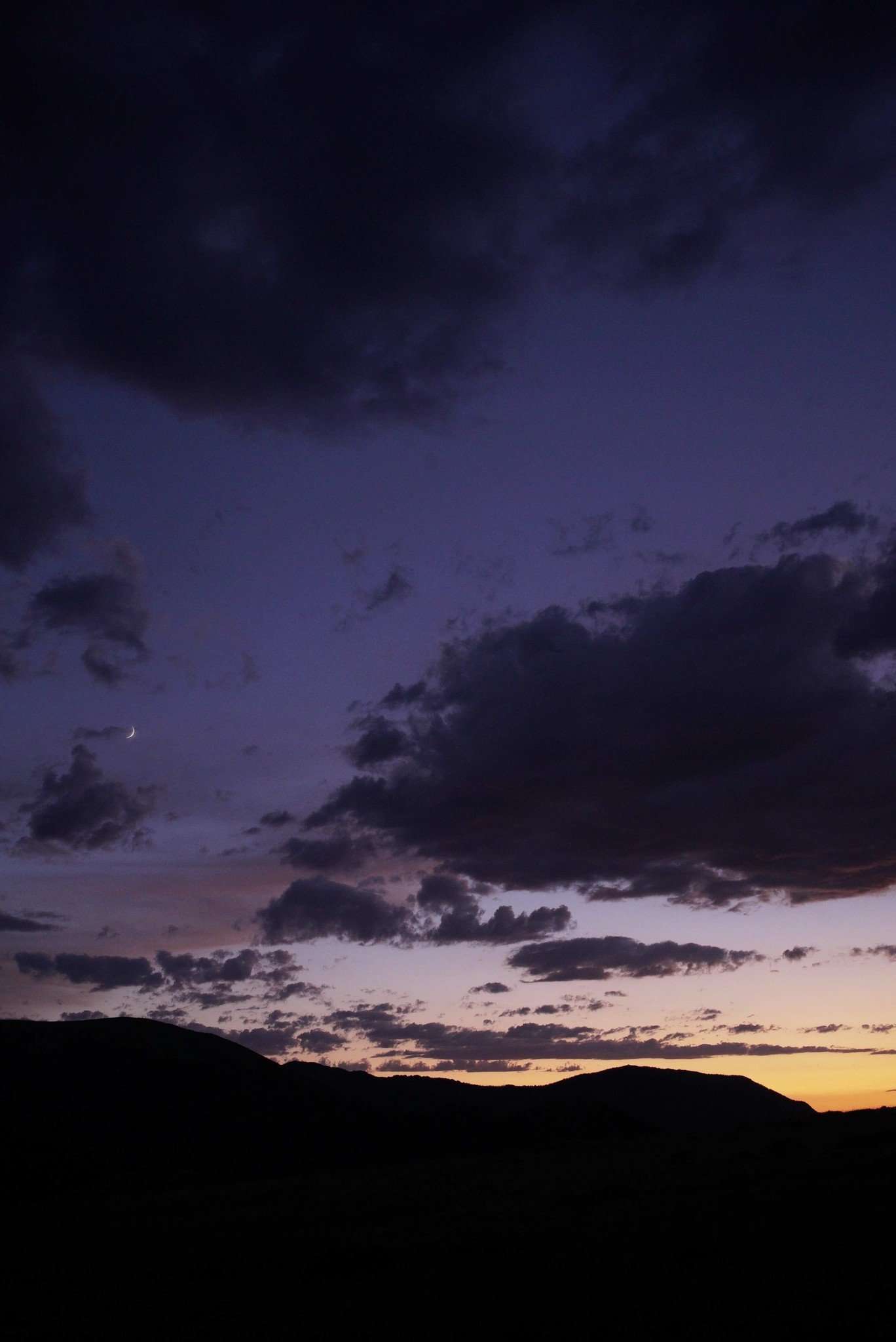 Thank you to GEAR:30 and their overwhelming support during this trail. Now, the Winds...