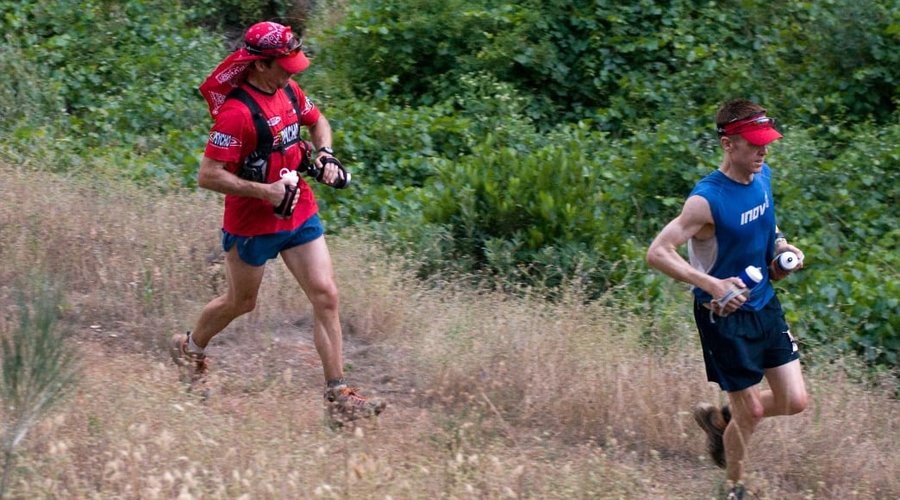 When it comes to running, many people never take a step off the pavement unless it’s to pass someone else on their run. But there is a growing group of dedicated runners who spend hours (days even) running through the mountains and forests all over the country. While there are some shorter trail races out there, most of them are ultramarathons, which is considered anything over the standard marathon distance of 26.2 miles. The typical ultra distances are 50K, 50 miles, and 100 miles, but there are others that fall in between or even above 100.

Ultrarunning still isn’t considered mainstream, but it’s been a niche sport for decades. These iconic races have been around long enough to earn a reputation as the best in trail running and made a name for themselves as must-dos.

This 100-miler was first run in 1974, making it the “world’s oldest 100-mile race.” It’s also one of the best-known ultramarathons and has gotten so popular that runners not only need to qualify but win a lottery to get one of the race’s coveted spots. The race starts in Squaw Valley, CA, and follows the Western States Trail to the finish line on the track at Placer High School in Auburn, CA. Along the way, runners climb more than 18,000 feet over the Emigrant Pass and the Granite Chief Wilderness and descend more than 23,000 feet through canyons carved by the Middle Fork of the American River. Finish under 30 hours and get a bronze belt buckle or get a silver belt buckle for sub-24 hours.

The Ice Age Trail 50 started in 1982, following a part of the 1,200-mile Ice Age Trail snaking its way from east to west across Wisconsin. The trail was carved from glacial ice more than 12,000 years ago, which means the route through the Kettle Moraine State Forest includes some of the most beautiful—and interesting—land in the state. One of the highlights of this difficult race is the cake and beer offered at Confusion Corner just a couple miles before the end to give you a final boost to the finish line.

Some consider Badwater to be the toughest race in the world, starting in Death Valley at the lowest point in the United States (280 feet below sea level) and finishing at Whitney Portal, the trailhead for climbing to the highest peak in the contiguous United States. The race takes place annually in July, which means temperatures can reach up to 130 degrees. (Many competitors run on the white line on the road to delay the rubber melting on their shoes!) The field is limited to about 100, so runners must qualify and then get selected by the race committee.

All ultras are challenging in their own way, but the “Race Across The Sky” through the Rocky Mountains in Colorado takes it to a whole new level. The entire Leadville 100 takes place above 9,000 feet in elevation and tops out at 12,600 feet on Hope Pass. This challenging course is an out-and-back, which means runners go up and over Hope Pass not once, but twice on their way to and from the former mining town of Leadville. Finishing in less than 25 hours will earn runners the coveted silver and gold buckle, while less than 30 hours is good for a silver buckle.

Perhaps the most bizarre ultra out there, the 100-mile Barkley Marathon is limited to 40 runners, and nothing about the race is advertised publicly. Runners must find race director Gary "Lazarus Lake" Cantrell’s address from a previous runner, then submit an essay about "Why I Should be Allowed to Run in the Barkley" along with a $1.60 application fee. First-time runners are required to bring a license plate from their home state, and the race can start anywhere from midnight to noon on race day. Runners are given a one-hour warning by a blast from a conch shell, and the event officially starts when Cantrell lights a cigarette. The actual race involves finishing a series of loops and hitting checkpoints in certain directions, with a limit of 60 hours. There have only been 15 finishers total since 1995. The race was first run in 1986. There’s also a 60-mile “fun run.”

Following the well-known Appalachian Trail, the JFK 50 Mile race has been run since the spring of 1963, inspired by the president’s commitment to physical fitness. It’s one of the bigger ultramarathons in the country, allowing 1,200 runners. It has always been military friendly, encouraging service members to compete as individuals or teams. There is plenty of history along the course as runners make their way from Boonsboro to Williamsport, Maryland.

Rocky Raccoon offers two distances and is considered to be a beginner-friendly ultramarathon. The course includes four 25-mile loops around a lake and through a tall pine forest in Huntsville State Park in southeastern Texas. The trail is soft with pine needles, and the aid station volunteers are known for being especially supportive.